Battle Bears Gold (previously known as Battle Bears Royale and simply Battle Bears), is a third-person multiplayer shooter developed by SkyVu Entertainment, released on December 6th, 2011 as a free, ad-supported application. It is available on iOS and Android devices.

In Battle Bears Gold, the player takes the control of one of the eleven different characters (known as classes) with a large variety of weapons of choice. The players will get matched up with up to seven other players in an 8-player (or less) match with varying game modes. Matches can also be pre-planned with the use of Game Lobbies. The lobbies can be made private by requiring a password to join.

Basic controls have the player use both hands to control the character and shoot at the same time. Holding the device in landscape mode allows the player to use one thumb to move around in the map using a virtual joy-pad, while the other thumb is used to fire and aim on a second virtual joypad. Each character also has access to a melee attack for close-range combat using a separate buttonas well as a special equipment item. Finally, purchaseable Pro-Mode Features can be unlocked and used as well for an extra advantage. The player can fully customize the position of each control on the HUD.

Battle Bears Gold includes 11 different characters from the game series. Initally the player has access to 4 default classes, with the 7 remaining classes being unlockable through the 2 ingame currency types:

Each character is assigned its own class, with each class having its own unique weaponry, statistics and playstyle.

Each game mode has different objectives for the player. While Team Battle and Free-For-All rely mostly on the individual players skill level, Plant the Bomb takes a more strategic and team-oriented approach.

Finally, the game also features a beginner-friendly Tutorial game mode where the player is introduced to the core functions of the game.

Battle Bears Gold features 14 different stages in which players can compete in. Each stage consists of its own map layout as well as soundtrack. Click the images below to read more about each individual stage.

Each stage has various Pick-Ups placed around the map, that every player can pick up to assist them. This could, for example, be a temporary Shield or a Health Pack to restore Health. Certain stages also includes Jump Pads that will send the player flying in a certain direction to another place on the map.

Each player has a Skill Rating determining the players skill level. This is increased by winning games and descreased by losing games - the change in skill rating depends on a variety of factors from the game played. The skill Rating also determines the players rank, which can range from Green to Diamond. The base rating for a new player is 500.

The Reputation System is a feature in Battle Bears Gold that determines an account's in-game status. It was first introduced in version 2.4 primarily in an effort to effectively deal with an increasing number of hackers in the game. Only players logged in with a SkyVu Network account is able to rate others.

Battle Bears Gold is a successor of the original Battle Bears Royale, which was originally released on October 8th, 2011 in the US and December 6th, 2011 worldwide, only available on iOS. The game rapidly grew in popularity after the worldwide release, and was featured in the App Store in early 2012.

On February 18th, 2013 Battle Bears Royale was declared official flagship game of SkyVu Entertainment, having surpassed the success of the original Battle Bears Zombies and Battle Bears -1 long ago.

The Battle Bears Royale splash screen without BBØ commercial, before the name of the game was changed in Battle Bears.

The second loading screen of Battle Bears Gold, after the Assassin class was released.

Former BBG Screen with Free For All Mode

The latest splash screen. This was released in honor of the latest map and game mode.

The splash screen for the Battle Royale update in 2.50
Add a photo to this gallery

Battle Bears Gold has had various application icons through the time. This gallery features all of them.

The third icon to be used with Battle Bears Royale, discarded as of version 1.4.2 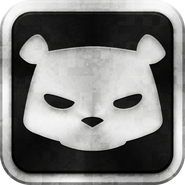 The second icon used in Battle Bears Royale. This icon was chosen by the fans through a poll.

The new red icon introduced in version 1.4.2, discarded as of version 2.0. 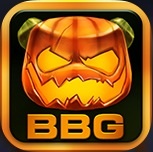 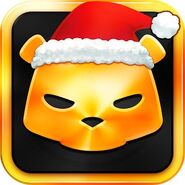 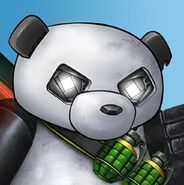 BBG: Battle Bears Royale 2018
Add a photo to this gallery

Retrieved from "https://battlebears.fandom.com/wiki/Battle_Bears_Gold?oldid=76598"
Community content is available under CC-BY-SA unless otherwise noted.