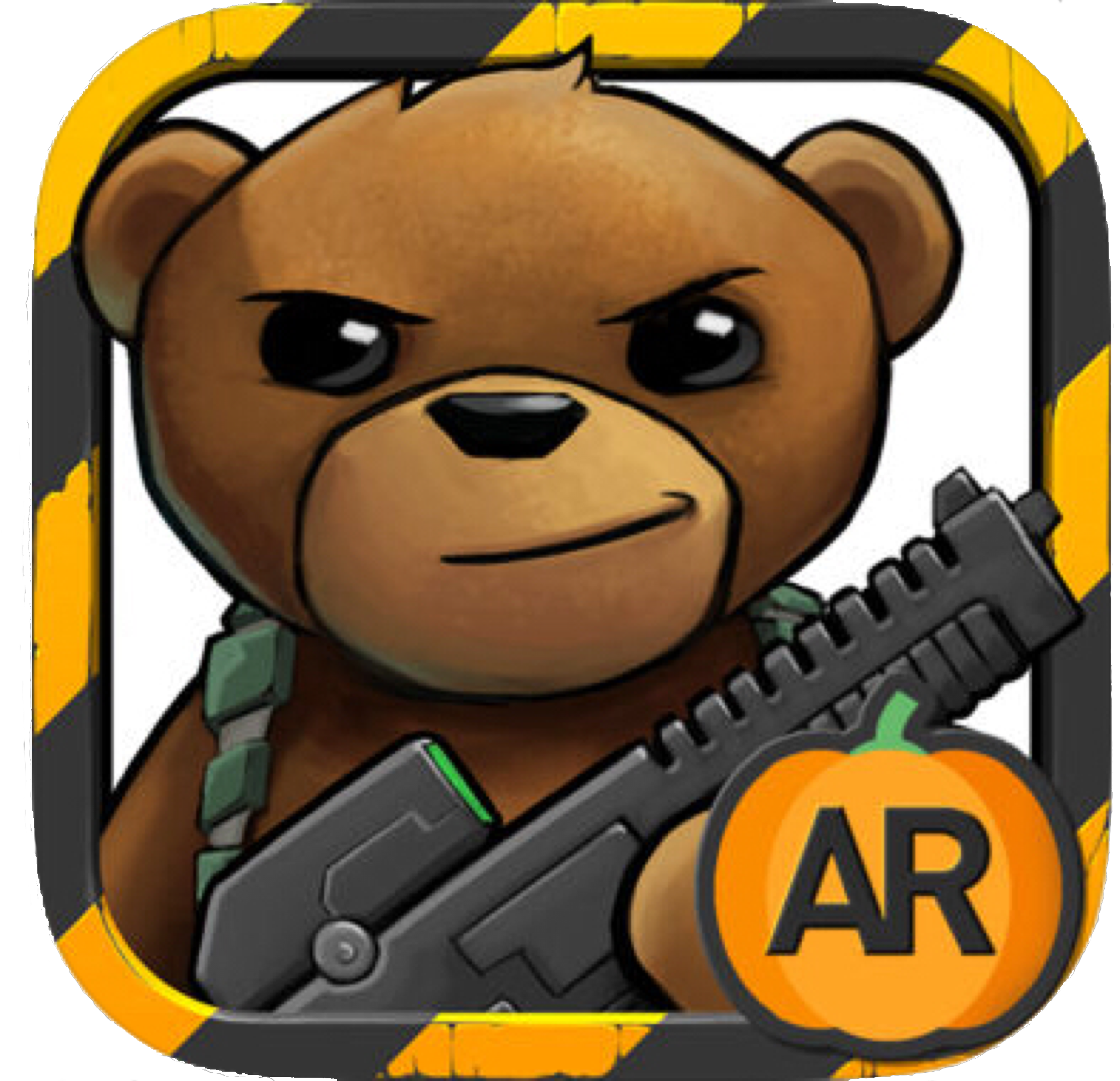 ★★★★★ Best Games of the Year -TouchArcade

“Battle Bears is a must have!” -SlideToPlay

“A survival shooter with a ridiculous story line that is almost worth the price of entry by itself.” – Touch Arcade

“The story for Battle Bears is hilarious, it’s one of the main reasons I kept on going through the levels.” -TouchGen

"That one game that brings everything you've experienced up to that point sharply turns into focus. A gaming epiphany... Friends, I have found that game. And it is Battle Bears." -iPhoneLife.com

"This is the Pulp Fiction of iPhone games." -?

Battle Bears: Zombies is the first game SkyVu made for Battle Bears. It is available on the iOS App Store only in a paid version. No free versions are available.

Battle Bear Oliver is carting away mystical treasures in a unicorn-drawn wagon in an attempt to escape the pink bears called huggables that seek to hug him to death. A wheel axle snaps, causing the cart to crash, brutally killing the unicorns. Oliver resourcefully uses the bags containing the treasures as sand bags, building a stationary defense in which to protect against the oncoming attackers, while calling in for backup from a far off squadron of Battle Bears. During the onslaught, Oliver devises improvised weapons to aid his defense, where along with huggables he is challenged by even more fearsome opponents. At one point, the Battle Bear, Sanchez, flies in piloting a Pelican't to collect Oliver in the midst of the fighting, but huggables somehow manage to get onboard and swarm the Pelican't, causing it to crash, killing him in the process. As Oliver continues holding off the unending stream of huggables, a dark temple emerges from the ground with a cloaked figure atop. It performs a kind of ritual which initiates a zombocaplypse rising, where Oliver's slayed foes rise once more in the form of zombies. At the brink of victory, Oliver is confronted by the cloaked figure who is about to hug him to death, but Battle Bear Riggs shoots it in the head and saves Oliver, immediately relinquishing the darkness as the rest of the Battle Bears come to collect him.

You are allowed to fire your weapon by using one thumb (first touch) to look around and aim at enemies and then using your other thumb (second touch) to fire the currently held weapon. An alternate style of gameplay is available in the 'pause' menu, which can be accessed by tapping the pink huggable head in the top right of the screen. You can switch to your other weapon by tapping the grey box in the top left of the screen, which holds a small, black illustration of the weapon you will change to.

Please locate and include video

For the updates for all Battle Bears games,see Updates

Retrieved from "https://battlebears.fandom.com/wiki/Battle_Bears_Zombies?oldid=76345"
Community content is available under CC-BY-SA unless otherwise noted.