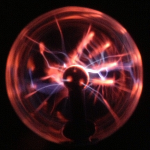 This administrator is currently inactive.

Hey guys, I'm Hackey5. I used to be quite an active administrator here, as you can see from my extensive edit count. This was my first wiki, and after only a month I was promoted for helping steer the wiki in the right direction following some slow-going times. I went for about two years before finally moving on, and do not at all regret getting involved. I thank Silence for being the man to give me a call in the first place, and Gnifle for being the leader of sorts throughout my time (who sadly has also departed from the wiki). My experience never stopped growing and there are many others who know who they are that I'd also like to thank for making my wiki-going something to remember.

I am a retired Battle Bears Gold player, having played since the universal launch of Battle Bears Royale back in December 2011. I came to be highly skilled with the Soldier and Heavy classes and specialised in offensive Heavy combat and semi-defensive Soldier combat. Eventually I came to try some of the other classes and occasionally played them for more casual matches. My activity was sporadic throughout the years. I played almost excessively up until mid-v1.2.2 where I stopped playing after I felt I couldn't keep up with the OpenFeint leaderboards (which I was stationed proudly upon). Interestingly, I was at level 44 by that point in only three months, and doubled it by the end of my career which spanned a lot longer. I started playing again virtually in the last few days of v1.3 and continued steadily for a while.

There were some hard times when v1.3.2 arrived, with a more "hardcore" matchmaking system that put high level players against each other. This wasn't too bad, except for the fact +4 Equipment combinations made a lot of weapons terribly overpowered. After much rallying, it was finally killed off in v1.4.2.

When I was enlisted as a beta tester for v1.4.3 leading into the v2.0 upgrade, I picked up pace, but v2.2 or so with the Assassin being introduced came to decrease my interest as the direction of the game became pay-to-win and uninspired, or maybe I was just getting tired of it. I kind of lost idea in what was going on, but I was personally asked to supply the balance changes of v2.6 which obviously sparked my interest (and of course I would try the other classes under my tweaks).

However, they didn't last long and were unfortunately changed eventually, and I started winding down for real. My last was v2.8, the true end when the Soldier was corrupted more or less by this "overhaul" midway through the update duration. Overhauls ruined other classes later as well, and what the game had become and was turning into I would not wait around for. One day, maybe. One day I might just return. Maybe, to see if the game I had enjoyed all those years ago could do it for me once more.

As of v2.8 before the ruining of the overhauls:
Retrieved from "https://battlebears.fandom.com/wiki/User:Hackey5?oldid=72612"
Community content is available under CC-BY-SA unless otherwise noted.